So, I've done demos before, but this one was kind of weird. I mean when you think of a flower show you don't think food do you? Me neither. There were tons of well respected industry people who did demos during the week the show was going on, and I was honored to be included. Of course, I have no pictures of the demo, but here are some random shots from the day.


This piece of art was made out of Lite Brite pegs. Amazing! 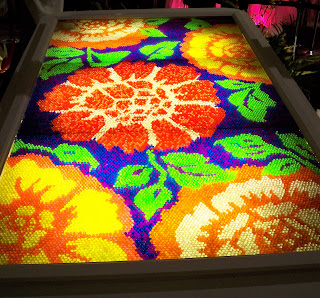 Even at the flower show there are reminders that the city of Chicago loves to tow. 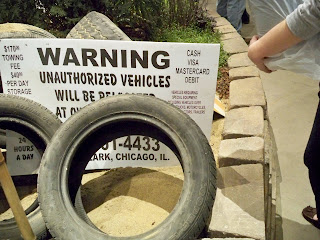 Then C and I went to Bin 36 in Chicago for lunch. Service was sllllooooowwww and cranky, but the food was good. We started with the Gougeres which were served with a truffle honey. They had just a little bit of spice to them and were tasty. 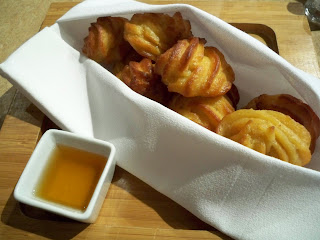 I do love the flower show. I hope you had a great time.

I'm drooling a bit over that truffle honey... better step back from the keyboard!

I'd never been to the flower show before, or done a demo in that setting. It was so much fun!